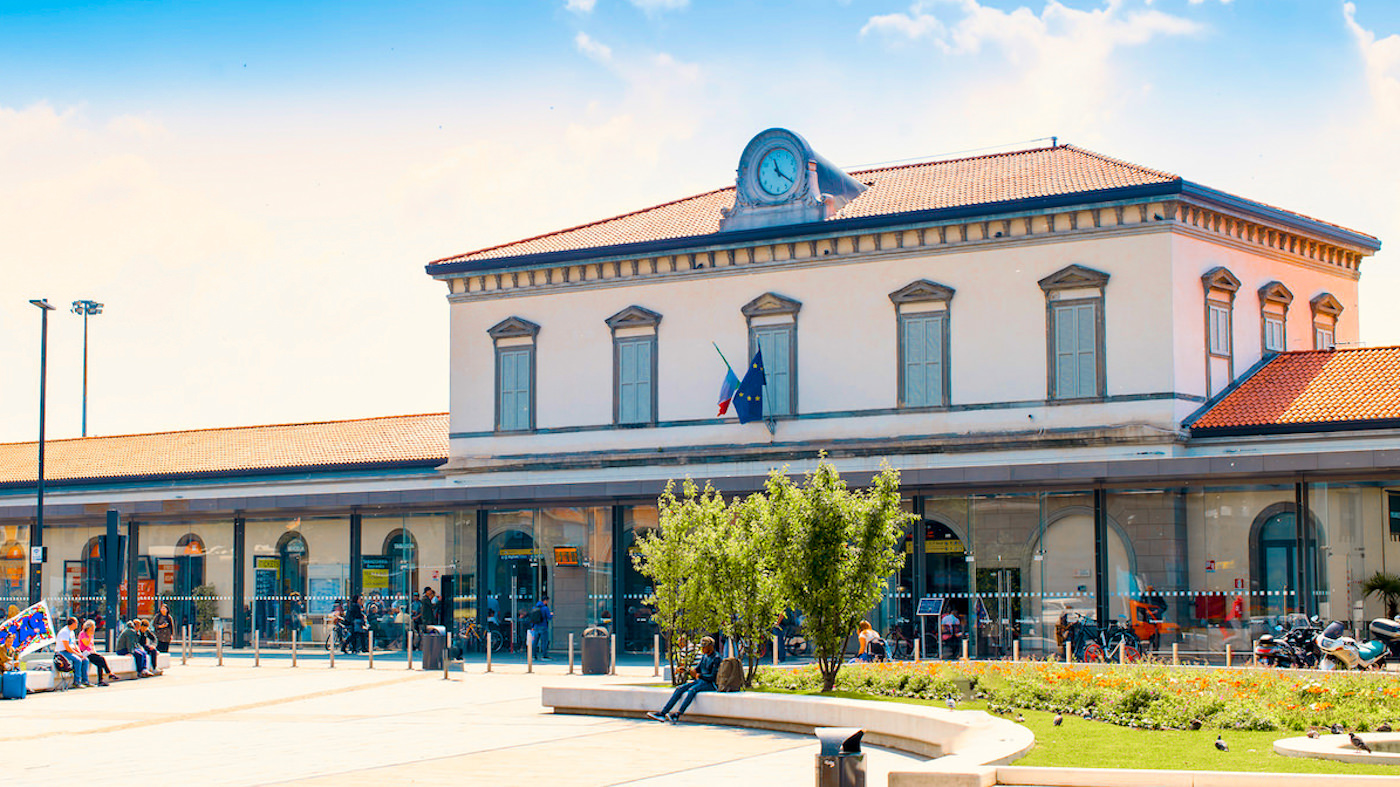 The airport does not have a train service operating from within it. As an alternative, there are shuttle buses operated by Autostradale that will have you at the train station in Bergamo within 15 minutes. The shuttles operate every 30 minutes.

One of the great things about the Bergamo train station is that it also serves buses as well. Buses are another one of the best ways to get cheap transit from the airport to the rest of Bergamo. From there, you can also access the train network which can take you all around Europe. If you are looking for an efficient and affordable way to get around Bergamo and the rest of Europe, you should definitely start you journey with a trip from the Bergamo airport to the Bergamo train station.

If you’re going to be traveling to Bergamo, getting familiar with the train station is going to be one of the first things you’re going to want to do. That’s because the train station is a very convenient way to get around if you are in Bergamo for any period of time. However, when you go to a foreign country, it can be difficult to navigate the transportation system of that country. We are here to walk you through everything you need to know about the Bergamo train station and system. With our help, you’ll be navigating the city like a pro in no time!

Before you start to navigate the Bergamo train station and system and even before you get to Bergamo, you should learn some background information about the station so that you are familiar with how it works and the various routes that you can take to get around. The first thing to start with is the location. The Bergamo train station is located at the east side of the city of Bergamo. It is strategically located in a location that makes it easy to access for tourists and business travellers. The train station was first opened way back in 1854 and has provided travellers with easy access to Bergamo and other countries across Europe since then.

The Bergamo train station is most commonly used by travellers who have flown in on business or for recreation. It’s a great station to use if you are looking to fly in affordably and then travel from Bergamo to other places around Europe. In contrast to the train lines in other parts of the world, the train station and line that runs through Bergamo is affordable, fast, and efficient. There are times when riding the train is not the best option, depending on where you’re at. However, we are confident in saying that the Bergamo train is one of the best in the region and well worth the effort to learn and use on a regular basis.

If you are going to be riding the bus to the train station, one of the steps that you’re going to need to know is that you must validate your ticket when you board the bus. Luckily, the bus system has made this very easy and basically consists of you just having to scan your ticket at the kiosk on the bus. Your ticket will be validated, and you’ll be printed a receipt as proof of your ride. This simple process means that it’s very easy to get from the airport to the train station, where you can board any number of different trains that go all around Europe.

Taking the Train to Milan

One of the most popular destinations from the Bergamo train station is Milan. There is a train line that runs directly from Bergamo to Milan, for maximum convenience for tourists and travellers who are looking to explore Italy. The convenience is compounded by the fact that the train runs on an hourly basis and takes passengers to Milan pretty much any time they want to go. You can expect the ride from Bergamo to Milan to last about 40 minutes. This makes it an incredibly convenient option for those who want to get the most out of their vacation and see Milan while they are in the country.

One thing to watch out for when you are riding the train to Milan is to make sure that you are checking frequently which station you are getting off on. This is because some travellers frequently become confused while riding the train and sometimes get off on the wrong stop. However, if you do get off on the wrong stop it is usually pretty easy to correct because the transit system is so good in the area. You simply have to find the correct stop and hop on an affordable and fast train.

If you are a traveler that goes on flights and trips frequently, you know the importance of having a reliable train and transit system. That’s exactly what the Bergamo train station is able to provide. It provides you with a gateway to the rest of Europe with easy access and affordable rates. The train station in Bergamo can act as the gateway to the rest of your vacation because of how many different destinations are available all from Bergamo. And when you can get from the airport to the train station in less than an hour by riding a cheap city bus, that makes it all the better. The train station is truly one of the great conveniences that are available to you when you travel to Bergamo.

While many people use the Bergamo train station as a way to get to Milan, there are several other stops that are also available to you when you depart from Bergamo. You can also get to Lecco and Brescia, which are two popular tourist stops for those who want to get the full culture of Italy on their trip. Once you are in those two cities, you can get to Verona or Venice by changing trains. The whole process is quite easy and affordable and lives up to the reputation of European transportation as being some of the best in the world. If you are going to be traveling to Italy any time soon, we highly recommend that you take advantage of the comprehensive and high-quality train system on your trip.

DISCLAIMER – This website is not the official website of BERGAMO AIRPORT and is an independent guide to the airport.